Dr Marilyn Crawshaw (Chair) is a graduate of the Universities of London, Sheffield, Bradford and York. She has extensive experience as a social worker and university lecturer and has travelled widely. Marilyn came to know about KK through friendship with Maryam Bibi when she was studying in the same department where Marilyn worked at the University of York (Social Policy and Social Work). Marilyn visited Khwendo Kor in 2006, 2008 and 2017. 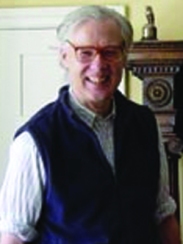 Professor Ian Sinclair OBE (Vice Chair) was married to Elma who was a founder member of FROK and a very active committee member until her untimely death in April 2013. They had two adult sons and a daughter. After graduating in philosophy and ancient history Ian worked in teaching, probation, counselling, social work and research. He was formerly Professor of Social Work at the University of York and joint director of the Social Work Research and Development Unit also at York. He is now retired and visited KK in 2009 while attending a conference of their donors in Islamabad and again in 2017.

Jonathan French (Treasurer) is married to Adrienne, an artist, and they have three daughters. Jonathan is an economist and town planner, recently retired from working for Local Government in the field of European Union and Government funding for economic development and regeneration. He visited Pakistan in 2000 and took the opportunity to visit a village based NGO in the Northern Territories and was impressed by the dedication to education and development and subsequently learnt of the work of Khwendo Kor when Maryam Bibi, the Chief Executive, came to York in 2001. 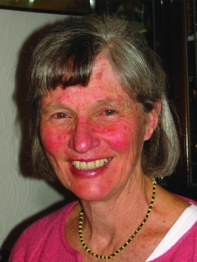 Polly Griffith (Secretary) was born in the United States, but has lived in England since 1989. She lived and worked for many years in Asia , especially India , Bangladesh and Laos, where her husband, Jon, was with Unicef. She has 2 adult children. Her interest and training is in Public Health, particularly family planning and training community workers in family health. She came to know about KK through friendship with Maryam Bibi when she was at the University of York , and visited KK in Peshawar in 2006.

Penny Bartlett (Membership Secretary) is married with one son. She is a graduate of the Universities of Bradford and York, and worked for many years as a social worker and in social work education, training and development. Penny came to know about KK through friendship with Maryam Bibi when she was at the University of York, and friends and colleagues on the FROK Committee.

Penny Bainbridge (Committee Member) has had a long involvement in York with campaigns and initiatives to improve women’s health. Through her job with the Cardigan Centre in Leeds (from which she has now retired) she liaised with Khwendo Kor to co-host placements for social work students from the University of York.

Claire Chambers (Committee Member) is Professor in Global Literature at the University of York, where she specializes in South Asian literature written in English and literary representations of British Muslims. Her interest in the literature of the Indian subcontinent and the Muslim world was originally ignited by the year she spent prior to university teaching in Peshawar, Pakistan. It continues to be informed by return visits to the region, and by her engagement with diasporic communities. She is the author of several books, including Rivers of Ink: Selected Essays (2017), and writes a regular literary newspaper column for Pakistan’s Dawn. Claire has been acquainted with Khwendo Kor’s work for longer than she can remember, and greatly admires Maryam Bibi’s work.

Dr Naeema Hann (committee member) is a graduate from University of Peshawar and Leeds Metropolitan University. A language teacher and teacher trainer, Naeema began her career teaching English to Afghan Mujahideen in Peshawar and has worked with the British Council in Pakistan. Naeema joined Khwendo Kor on the occasion of Maryam Bibi receiving her honorary degree from the University of York in 2011.

Del Hussain (committee member) was born in December 1946, a few months before Partition of India. At Partition his father, being in the government, was given safe passage to Karachi, where Del grew up, with sojourns to various countries following his father’s postings. Del came to England in 1969 where he studied Hotel Management. Del has one son and a grandson to whom he is devoted. He is now retired after working in a local psychiatric unit. Del and his wife visit Pakistan once a year to see family and on one of these visits they met Maryam Bibi, who was known to Del’s sister. They hope to see much more of KKs work on future visits. 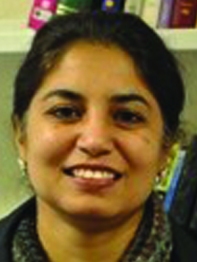 Dr Ayesha Shahid (Committee Member) is a Senior Law Lecturer at Coventry University and was previously at Universities of Brunel, Hull, Warwick and Peshawar. Her core research and teaching interests are Islamic Law, Public Law, Family Law, Gender and the Law and International Human Rights Law. Ayesha has received national and international awards for her work.

Dr Saima N Sherazi (Committee Member) teaches Applied Linguistics at Queen Mary University of London.  She has been associated with the University of Warwick, Coventry University, and Lahore University of Management Sciences.She has also been associated with University of the Punjab’s premier women institutions namely, Kinnaird College and Lahore College Women’s University in Pakistan.  She teaches educational evaluation, curriculum design and ELT pedagogy, and her research interests include the teaching of writing in a collaborative semi-embedded approach to Writing in the Disciplines and blended learning. Another professionally not pursued but abiding interest is in feminist critical theory and issues of equality for women of the South Asian sub-continent.

Dr Sundus Yahya (co-opted committee member) is a Consultant Clinical Oncologist at University Hospitals Birmingham. Originally from the Northwest of Pakistan and educated at Khyber Medical College, Peshawar, she has been in the UK since 2004.  She has variously studied, practised and conducted research in the UK and US and received national and international awards.  She also supports oncology education & training in low/middle income countries, incl Pakistan.  Sundus usually returns to Pakistan annually and offers free medical support and advice when needed.